Hornblower Yachts owns up to having the largest number of luxury vessels in eight U.S. cities, including New York. The company has seven here ranging from the largest, the Infinity, at over 200’, accommodating up to 700, to the smallest, the Esprit, at 90’ , accommodating 80-100. Cruises are set lunch/ brunch and dinner, for a coterie of special events and private parties, corporate meetings, and weddings, of course! They serve both sit-down and buffet menus.. They also do After 5 cocktail cruises, and a host of charitable events. The company is headquartered in San Francisco, Ca. It’s now in its 40th year.

On the night we were on, the 4th, we were seated on the Sky Deck of the Esprit, a restored beauty. There were only seven tables on this top deck facing out and with a nicely appointed bar in front of us manned by Nicholas, a really talented barkeep, and with some soft jazz by DJ Mike, which later turned to Pop, Latin, Disc and Rock for or dancing pleasure. Gabriel was our Maitre’d and Oscar was our chef for the evening. Boy can this guy cook! Dinner started off with a plate of Blinis with Caviar, followed by a nice medley of Little Neck clams and oysters on the ½ shell, with a sampling of jumbo shrimp in the best salsa I’ve ever tasted ( I asked for a second. My apologies ). This was followed by a full serving of Agnolotti served Italian style over freshly baked cherry tomatoes and a very fresh salad of lettuce, celery, cucumber and more cherry tomatoes. The entrée: Lobster and Filet Mignon with a crab filling topped with a wild mushroom sauce. A bottle of Chandon white was offered to each guest complimentary. Ha! You can’t beat that! As for dessert, a chilled freshly baked apple strudel and chocolate dipped strawberries was the finale, with good coffee and an assortment of blended teas for the asking. And, yes, the bar was open for the entire 3 ½ hours we were on board. By the way, the company provides translaters for Spanish, Portuguese, Mandarin, Korean, French, German and Italian guests.

The yachts ail from Pier 15/ 75 South St. adjoining the South St. Seaport and Pier 40 on the West Side/ W. Houston St. and the Hudson River, from March thru-November with 10 daily departures, 7 days-a-week.

In New York they operate the Statue Cruises affiliate to both Ellis Island and Liberty Island State Park from the Battery Park Terminal on the Manhattan side, along with a Liberty Water Taxi service. They also serve the Metro New York area with a round-the-clock ferry service, the city’s first commuter ferry operation to points in Manhattan, Bklyn and Queens. In brief, the company is the world’s leading provider of high-speed ferry services. For more on Hornblower try: info@365ticketsUSA.com or 1-844TKTS, or phone 646-780.9693 or simply: www.Hornblower.com 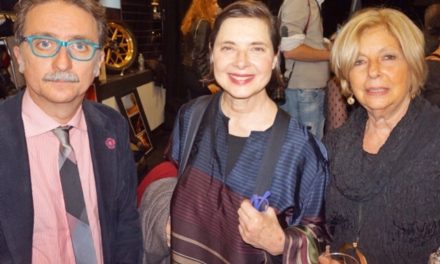