Africa is the world’s 2nd largest continent after Asia, and 2nd in total population after China. It is made up of 54 countries, with 125,000-3000 languages and dialects. It holds the world’s largest the river-the Nile, the largest desert, the Sahara, and the highest waterfalls, Victoria Falls. You’ll find the world’s fastest land animals here with over 1100 species, and 2600 species of birds.

It is enormously rich in fossil fuels, minerals, metallic ores, and precious metals and with an abundant supply of biological resources. In brief, Discover Africa.

AFRICA- is the world’s 2nd largest continent after Asia, covering 11,730,000 sq. mi., equaling more than 20% of the world’s total land mass and the 2nd largest in terms of population and density with1.26 billion people. It is made up of 54 separate counties and owns up to 125-3000 languages, with Lagos, Nigeria as the largest city.

Settled by the Dutch, the British in the 19th century and by the French in the 20th,, and colonized by the Germany and Italy and in the 15-16th century by the Arabs from Spain and the Middle East, it’s a continent of enormous influence, prestige with heavy bent on cultural and historic traditions.

Africa is no longer the Dark Continent

Our Sept. showcase included some of the leading figures on Africa today. We heard from Paul Modadji,, one of South Africa’s popular dance and music directors who made a point of referencing a variety of festivals he’s involved with
including the recent showing of the South Africa Dance Company this Summer in Battery Park City, New York, a program that lasted more than 2 hours. For more info go to:paul@modjajdi@gmail.com. He was backed up by Naledi Khabo, Africa’s Dir. of Tourism/ US who gave us a bird’s eye view of what to see and do this year in Africa. To get to her try:naledi@ataww.org Giannella Garrett, NYTravelWriters Assn. ,was especially helpful, too. She talked about the 8 countries she visited over the last dozen years at close range traveling solo and without incident. Finally, Akin Akinsanya, head of the Africa Restaurant Week stepped in to turn us on over their annual festivities in NYC planned for Oct.4-20 along with a large assembly of African restaurants from the tri-state area participating. I’ll be there! In brief, as a destination Africa presents a full plate of things to see and do in 2019. Definitely add it to your calendar.

Exec.Dir., AFRICA TOURISM ASSN., U.S.. Previously served as EVP, ICED MEDIA, a global network,. Areas included Operations, Marketing and Technology.
Over last 20 years Naledi has been responsible for a number of strategic multi-media brand initiatives. In her present position she has been able to develop partnerships with the primary African countries from her base here in the U.S.

Giannella is an award winning travel writer and photographer with special coverage of Tour & Travel opportunities in Africa. She is also a member of the NYTravelWriters Assn. Of late she’s traveled to 8 countries in Africa including Nambia in 2014, Botswana in 2015, to a walking safari in Zambia in 2016, and on a gorilla tracking excursion through Rowanda in 2017. In January Gannella will be heading to Uganda. Read her articles in The NYT, the Washington Post, Epoch, et. al.

Paul hails from S. Africa. As a choreographer and dancer he recently founded the Imuula Pula Dance Co. His Hear Me Move project is his first for cinema release.
And his Leaders Who Dare to Dream project is an innovative program to train young dancers in S. Africa. Recently announced Breaking Down Borders will present his dance philosophy to 10 leading countries in Africa as an art form.

Akin Akinsanya is president of the Africa Restaurant Assn., New York., which sponsors an annual showcase for cooking professionals celebrating African cooking.
From Oct.4-20, the association will set the stage for the general public to sample
African dishes from each country in Africa in Harlem. The association will also hold an evening at the James Beard House on West 12th St., in NYC. Not to be missed
For details check out the above website and/ or e-mail Akin directly. 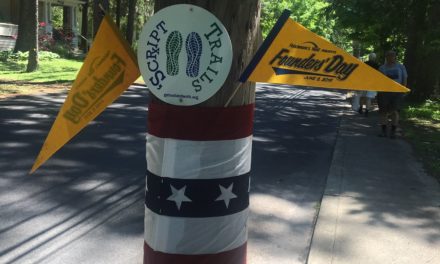 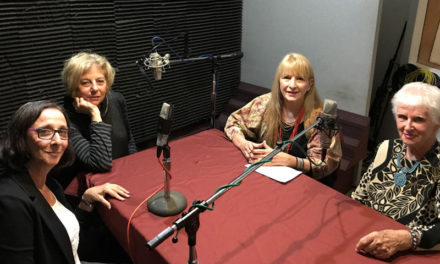